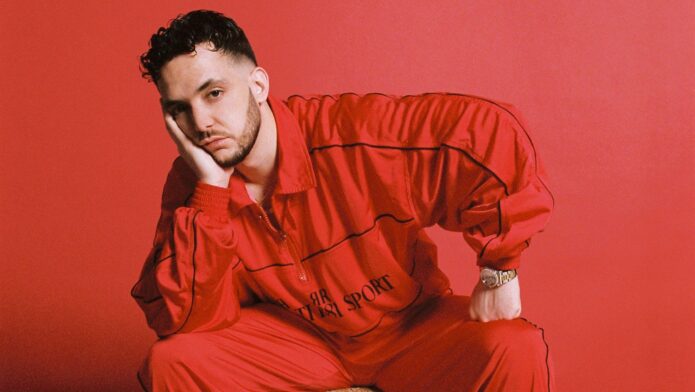 The Tiny Desk is working from home for the foreseeable future. Introducing NPR Music’s Tiny Desk (home) concerts, bringing you performances from across the country and the world. It’s the same spirit — stripped-down sets, an intimate setting — just a different space.

After more than 13 months amid a global pandemic, C. Tangana’s extended family basking in the warmth of sobremesa with easy smiles and effortless baile looks otherworldly. But considering the Spanish rapper’s past year back home in Madrid, the simplicity feels fiercely authentic. (Check his mama and tía vibing in the corner.)

This first live performance of his latest album, El Madrileño (including a global premiere of a fresh single, “Me Maten”) buzzes with communal energy, spotlighting talent from across Latin landscapes. From Mexican Regional to Spanish flamenco, C. Tangana is simultaneously coming home and reaching out to bridge Latin music boundaries. He’s building a community of cross-cultural collaboration, rooted in a unifying love of language and tradition, making it clear he’s intent on giving everyone a seat at the table.

The entirety of the show, from impromptu harmony to string octet, hums along with a distinctly Spanish cadence, paying homage to the flamenco-infused streets the global superstar came up in. The concert’s star-studded cast of Spanish collaborators, including long-time friends (producers Alizzz and Victor Martínez) and new contributors (rumba legend Kiko Veneno and flamenco-pop icon La Húngara), are each spotlighted for their contributions to the record.

All these parts compound in a room full of people with a shared desire to connect and create juntos, manifesting an authentic joy we’ve seen again and again at the real Tiny Desk. And at the helm is C. Tangana, humming a melody and bringing the room to life: hands, harmonies, heartbeats, perfectly in sync.