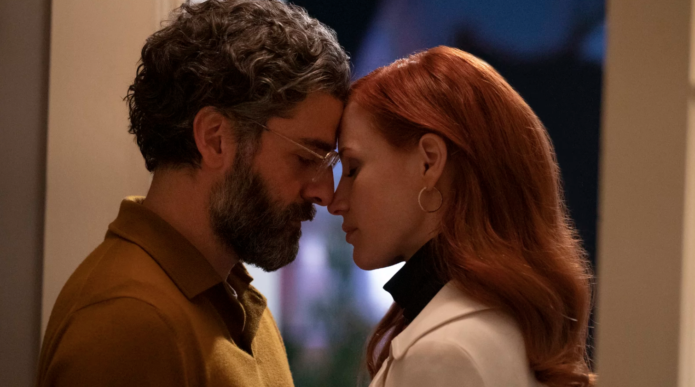 September 14, 2021Artshbomax, scenes from a marriage

It’s fitting that the best promotion for the approaching premiere of HBO’s Scenes From A Marriage was a seemingly candid exchange between its stars. The slow-motion clip, which went viral, shows Jessica Chastain and Oscar Isaac sharing an electric(-looking) moment on the red carpet at the Venice International Film Festival. The reason it’s so fitting is that this is a series that runs almost entirely on how much you want to watch these two very good actors work together, in scene after scene, with little to distract from their work.

The original Scenes From A Marriage miniseries aired on Swedish television in 1973. Written and directed by Ingmar Bergman, it told the story of a couple whose marriage crumbles over the course of several years. It was later condensed into a feature film released around the world.

In this five-episode version, created and written by Hagai Levi, Isaac and Chastain play Jonathan and Mira, who are still together when the series begins. He’s a philosophy professor and she’s a tech executive, and they have a little daughter they both love. Not long after we meet them, their marriage starts to disintegrate. They become involved with other people, there are old resentments, and there are constant shifts as to which of them, if either one, wants to save the relationship. That’s the story, really.

What Scenes From A Marriage feels like, more than anything, is a bare-bones acting exercise. It has a limited supporting cast (Corey Stoll and Nicole Beharie play a couple Jonathan and Mira are friends with in the first episode, and it’s the most you’ll see of anyone else) and it takes place almost entirely in their home. The series is cramped and stressful, despite — or because of? — how much of it is just two people talking (and fighting).

When Jonathan and Mira are at their worst, it’s tempting to see this as an extension of HBO’s run of shows about horrible affluent people being … horrible and affluent. To some degree, it is that. But the tone is much more intimate and less satirical than in something like The White Lotus or Succession, and the focus is so much on this one marriage that it doesn’t have those shows’ sprawl. It also doesn’t provide the opportunities other shows do to throw different characters together. Instead, you’re trapped with just these two and their arguments and their spiraling misery.

The positive side of the narrow focus is that Isaac and Chastain are fantastic performers who — and here we go back to that red-carpet clip — really do have tremendous chemistry. The negative side is that none of the writing raises questions about marriage that feel fresh enough to make the story particularly interesting. For all that the acting is exceptional, the story feels relatively pedestrian.

At the time the original Scenes From A Marriage was made, there was far less of an established genre of painful-divorce theater than we have now. This was pre-Kramer vs. Kramer and pre-War Of The Roses, just to name two American stories with wildly different undertones. To see a marriage turn ugly, to see people light into each other over every awful thing that’s ever happened, that’s not a novelty, and 2021 is not the year that 1973 was when it comes to divorce in the U.S. or Europe. Even reality television has blunted some of the sharp edges of a show that feels like eavesdropping.

One of the curious choices Levi makes is to include little introductory clips before each episode in which Chastain and Isaac arrive on set. Scenes From A Marriage was shot during the pandemic, so during these moments you see all the masks, all the distancing, all the other precautions. You see Chastain being brought to work by her driver, being called “Jess,” being lit, and even hearing the call of “action.” These little bits are certainly meant to do something, but it’s not clear what. In the absence of any other purpose, they seem uncomfortably like efforts to underline how serious the project is and how serious the making of it is and how serious the task of remaking Bergman is.

I don’t think people who sit down with this series will regret the time spent with these actors. There are moments that really do have an impact, and there’s some fine work lighting and shooting the house to emphasize the state of the relationship. (In one scene, Chastain seems to blend into the wall so seamlessly that she’s an unhappy beige blur.) But don’t expect to leave this show with much of a takeaway about marriage or relationships. As much as anything, it’s a study of how mundane the curdling of love can really be.